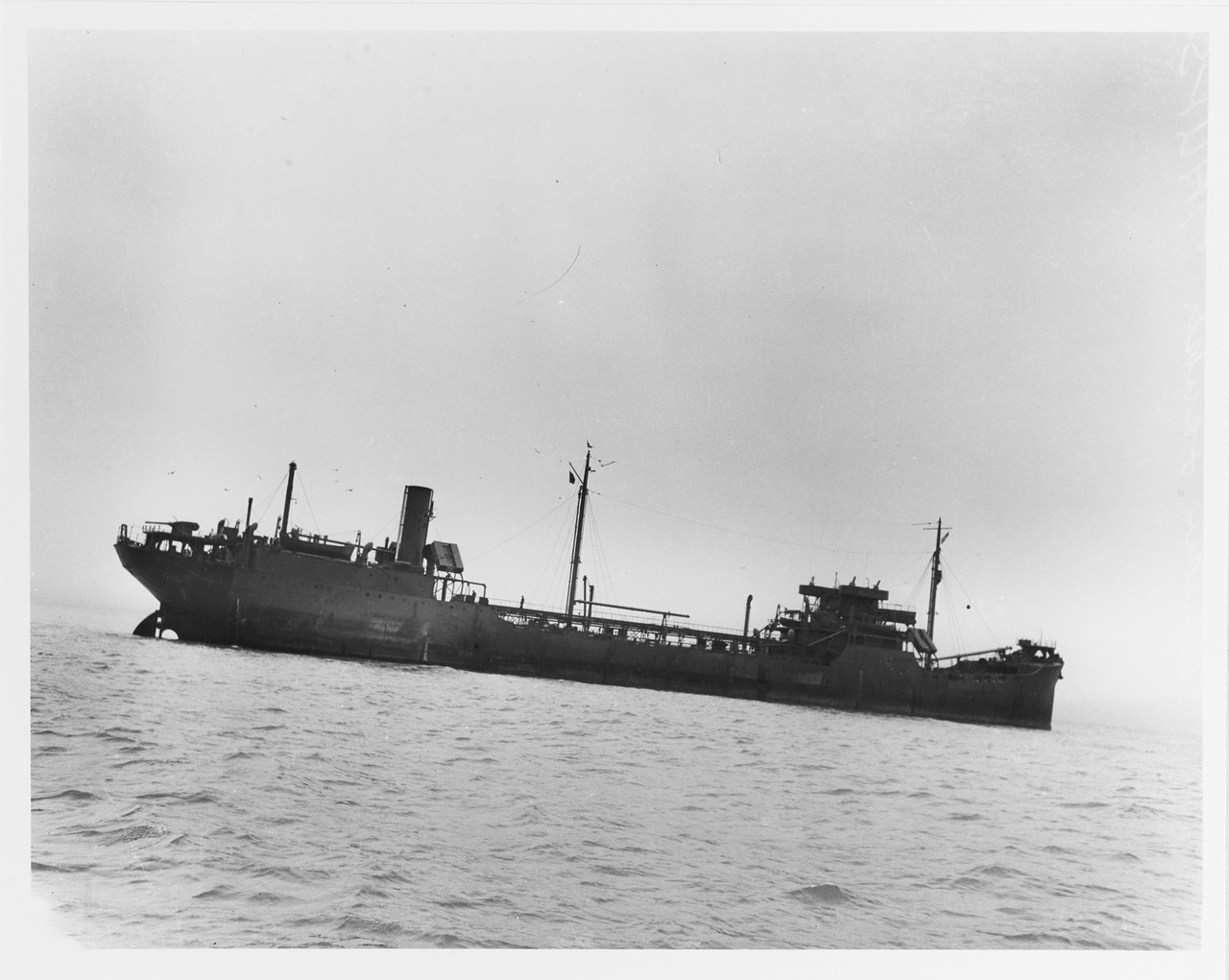 Title: S.S. TUAPSE (U.S.S.R. Merchant Tanker, 1921-1946)
Caption: The Soviet Tanker TUAPSE at San Francisco, California, during World War II. TUAPSE was the STD. Oil of California Tanker DISTRICT OF COLUMBIA when given to the U.S.S.R. under lend-lease. She was returned to the War Shipping Administration in 1945 and dismantled the next year.